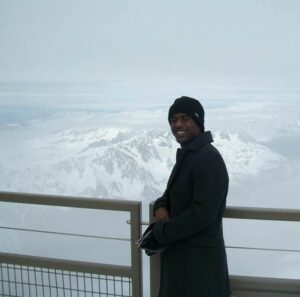 Let’s be honest real quick. If you like being comfortable, this program probably isn’t for you. If you like a life where you can assume you are right about everything and the world has nothing to teach you, I would suggest against Adventist College Abroad (ACA). Mark Twain said “travel is fatal to prejudice, bigotry, and narrow-mindedness,” and I’m afraid that he was right.

Now if you were hoping for adventure, if you wanted to experience life in an unforgettable year of your life where you are challenged and grow and become the best version of yourself, then there might not be a better time of your life to do so than in college through ACA.

I spent my sophomore year in France at Collonges-sous-Salève and a year after graduation in Italy at Villa Aurora and during that time I can give at least five reasons why you should spend at least a semester abroad. These reasons are in no way exhaustive. I could spend all day telling you the benefits of ACA but these capture a big reasons that you will definitely experience. 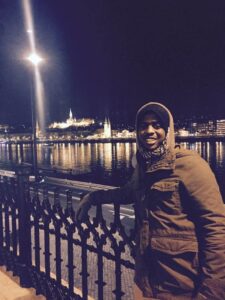 Studying abroad will help you learn a new language. Some languages are helpful for a future career, some languages can connect to your family history, while others are worth learning for their own beauty.

Even studying abroad in England can teach you about language. The Adventist school in the UK, Newbold College, takes students through the history of the English language through texts and places, showing students how clever their own language is in the very country and culture where it was invented.
All the other foreign languages give you the opportunity to look behind the curtain of your own worldview. Whether you plan on using a foreign language at work someday or not, this skill will help you better understand the global neighborhood you live in. And let’s be honest. It’s really cool to be able to parler français quand tu veux.

This is one of the best reasons for studying abroad, even if you don’t end up learning the language fluently. You start to realize that the entire world doesn’t live in just one way, and now that you know, you are free to create your own future.

I’ll forever miss the French practice of La sieste. From noon until about 3pm, stores close, schools are let out, the entire country slows down. Why? Because we’re humans and we deserve rest. You were going to nap at your desk anyways. Why not go home and enjoy your family? 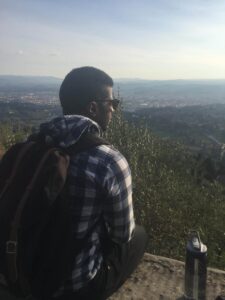 Or in Italy, where beauty is valued as much as a virtue as honesty and patience. I’ll never forget when I was trying to send a letter from Italy to the US and the post office worker took the longest time to mail my letter. When she finally returned to the desk, she told me it was because she wanted to find a stamp that would be beautiful for my family.

I remember thinking to myself, how different would our world be if everyone valued beauty like this for its own sake? But seriously, learn the language.

There is an unspoken bond between all people who travel abroad, even if you didn’t study in the same program. There’s this look, this understanding of, we DID that! We raced to catch trains and planes. We felt like we would never learn how to speak another language until we found that we could. We slept in strange hostels and made friends with people we could barely understand. We matured so quickly when we saw that the world was so much bigger than we had ever suspected. That it was beautiful and good and worthy of love. Any friendship built on that intense shared experience is a friendship made to last forever. 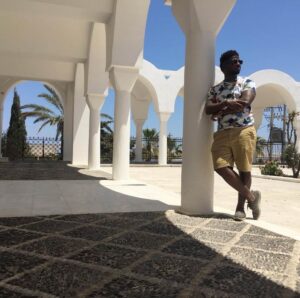 There is nothing like wandering around Florence and coming across some graffiti left behind by Michelangelo. Your friend tells you that he carved this image of a face behind his back with a hammer and chisel and the city has never been able to bring themselves to clear it away. As you’re staring at it, a fire jumps from your stomach to your heart and it comes out as a gasp.

It’s the same feeling found touring the Tower of London, or walking the halls of Versailles. You are in the presence of history. Here all of the boring stories from history take on new life. Kings and queens lived in these spaces. Their choices changed the fates of nations. Many became known around the same age that you are. And now you’re in their spaces. You too have become a part of history.

This last reason is what truly holds the magic of ACA. After returning home, people want to know, how was it? And in all honesty, it will be a question that you won’t be able to answer in one word because one word would never be enough. But maybe if I told you about a moment, it would explain what I mean.

A moment of ACA alumni from PUC who met together in London for Thanksgiving after we had all graduated. When we were huddled around the only restaurant that had enough space for all of us, I thought about how we had reached this moment. 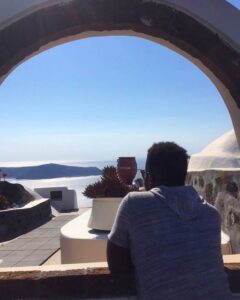 Of the ten PUC alumni gathered around the table in a London restaurant, seven had studied abroad or were studying through ACA, and one was spending this year as a student missionary.

There was my former roommate Josh who had studied in France after I couldn’t stop gushing about it and after another year abroad in Germany, he had found work at a resort. His life was forever changed by ACA.

There was Christian who had come by from France. After graduation he took a year to catch his breath after all of his hard work and was now using the experience to learn more about himself and the world before he raced to find a job.

Emily and Pascale had studied in Spain at Sagunto, a beachside city older than the Christian religion. They held the wisdom of traveling safely, whether they were alone or with friends. They knew that their gender was no reason to limit themselves from all of the beauty and richness the world had to offer. If their male friends could wander the world, so could they.

Laura had traveled the shortest distance from Newbold College. It was so close to one of the greatest cities in the world where you could see ruins of ancient Romans and a working palace in one afternoon. She, like Trent, now had the practical knowledge gained from planning trips with limited incomes and little to no familiarity with the local languages or customs of the countries. They know how to convert between Euros and Dollars and Krona while trying to figure out the time back home.

Renee knew that deep secret behind the eyes of everyone who gets stamps in their passport. It is addictive. And it is addictive because it is beautiful. The quiet, narrow, cobblestone streets of Barcelona one wanders before they are startled by the sudden bustle of La Rambla. Cats stretching slowly on a white-washed Greek porch. Snowflakes lashing at your cheeks as you glup warm drinks in a Christmas market, hoping to taste the cinnamon, orange peels, anise pods, and cloves before the heat burns your tongue.

Gabe and Ashley weren’t ACA students but were learning the magic of travel. That it breaks your heart, opens your eyes, mind, and vocabulary to other hearts, other minds, other souls.

We ate, laughed loudly as Americans are prone to do, shared stories, switching between English, German, French, and Spanish. We had slept in hostels, airports, and on trains. We had gone without food, had identified with the homeless and outsiders. Love beat in the air, proceeded by the small fear that we would never be able to do something like this again, but surrounded by the deep thankfulness that we were able to do this here and now. And all because of ACA. Thank God for ACA.